One year after outwitting the FBI and winning the public’s adulation with their Robin Hood-style magic spectacles, The Four Horsemen resurface for a comeback performance in hopes of exposing the unethical practices of a tech magnate. The man behind their vanishing act is none other than Walter Mabry, a tech prodigy who threatens the Horsemen into pulling off their most impossible heist yet. Their only hope is to perform one last unprecedented stunt to clear their names and reveal the mastermind behind it all.

A Victorian surgeon rescues a heavily disfigured man who is mistreated while scraping a living as a side-show freak. Behind his monstrous façade, there is revealed a person of intelligence and sensitivity.

CADS presents “ABIGAIL’S PARTY” by Mike Leigh. This iconic 1970s situation comedy follows Beverley and Laurence as they invite their neighbours in for drinks. Come and join them as they share an evening of G&Ts, cheese & pineapple sticks and middle class aspirations

So many children’s songs are filled with partying and fun times. Free dance sessions for pre-schoolers and their families. We will sing, sign and dance our way through nursery rhymes and silly songs, with sessions for pre-schoolers and their families. Dance and Carnival go hand in hand. It’s simply not a party if you’re not dancing and singing! www.dance-matters.co.uk

Aimed at families, professional storyteller Rachel Chalkley will captivate her audience with stories and an interactive workshop with a carnival theme. Look out for Rachel’s carnival costume. You may wish to join her by coming along in your own carnival outfit! 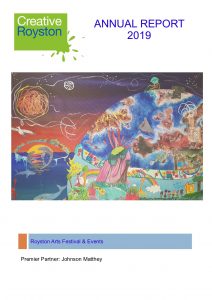