The following events are all in date order. Before attending or booking tickets for events staged by Creative Royston please read our Terms and Conditions and Disclaimers document. 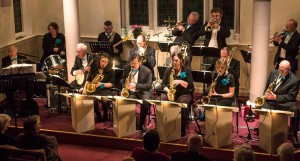 The Royston Fringe in association with the Rotary Club of Royston
Friday 18 September
7.30pm – 10pm
Methodist Church
www.royston-methodist.org.uk
Tickets £10 including refreshments
Tickets available in advance from Ray on 01763 241217 or Brian on 01763 241066
A concert featuring music from a wide repertoire of popular jazz, song and dance music from the big band swing era. In this 70th anniversary year of the end of WWII there will be many well-known tunes reminiscent the 40’s. 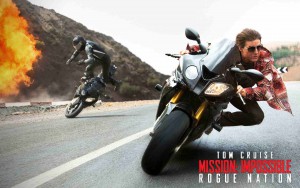 Ethan Hunt (Tom Cruise) returns for yet another top-secret assignment as hot property screenwriter Drew Pearce (Iron Man 3, Pacific Rim) takes over writing duties for the fifth instalment of the phenomenally successful spy franchise. Ethan and team take on their most impossible mission yet, eradicating the Syndicate – an International rogue organization as highly skilled as they are, committed to destroying the IMF.

Book online at www.roystonpicturepalace.org.uk, in the Library during opening hours, or at the Cinema Box Office. 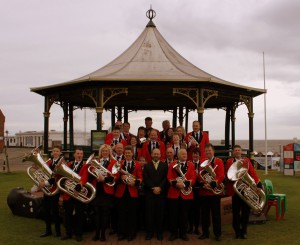 Royston Town Band
Saturday 19 September
7pm – 8.45pm
Priory Memorial Gardens
www.roystontownband.org.uk
FREE
On Saturday 19 September as the sun goes down over Priory Memorial Gardens, Royston Town Band will be playing a special twilight concert. Bring along your friends, family, a hamper and some drinks. Spread out your picnic blanket, light a candle and enjoy a very British end to the summer. 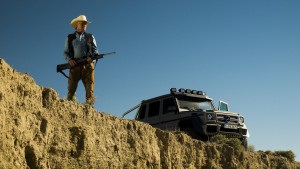 While out hunting in the Mojave Desert, Madec (Douglas), a corporate shark in the process of closing down a multimillion-dollar deal, shoots a man accidentally. Ben ( Irvine), Madec’s hunting guide, insists that they return the corpse to town as soon as possible. However, his client has another idea: Shoot the dead man-this time with Ben’s rifle-to make the death look like a murder. After all, one cannot shoot a man twice accidentally. Although offered a great life in exchange for his silence, Ben opts to do the right thing-which gets him in very big trouble with the man who has everything except a conscience.

Book online at www.roystonpicturepalace.org.uk, in the Library during opening hours, or at the Cinema Box Office.

Creative Royston
Sunday 20 September
Doors open 7pm for 7.30pm start. Finish by 11pm
The Old Bull Function Room
Tickets: £2 in advance (pre-booking recommended) £4 on the door (subject to availability)
Description: Something for the Over 16s! A chance to meet up with friends and see and hear some brilliant up-and-coming young musicians from this region at a this great venue! 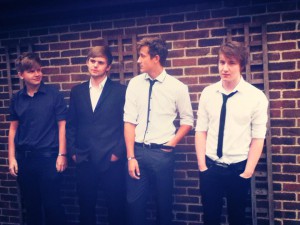 describe themselves as a Hertford and Enfield born originals Rock band. They have been playing together for 3 years now and have loved every minute of it.  A blurb can never summarise a band, only the music can, so come to the gig and find out what these boys can do! 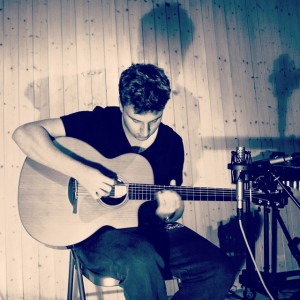 is a singer songwriter hailing from Essex. He combines a very rhythmic guitar style with catchy melodies and inventive lyrics. His debut single ‘Silence Breaking Through Sound’ raised over £7,000 for Macmillan Cancer Support earlier this year. Expect to hear a handful of unique covers in his set too. 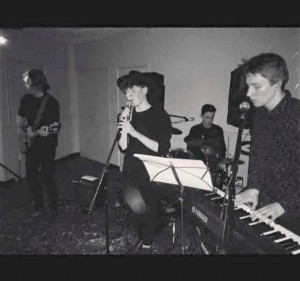 is a 4-piece Indie rock band playing a mixture of original songs and covers from the 60s to the present day. The band consists of lead singer Callum, drummer Ed, guitarist Gus and multi-instrumentalist James and they plan to release their first EP soon. 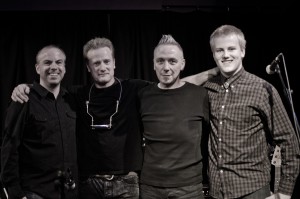 Since releasing his debut album in 2011, Steve Winch has been entertaining audiences far and wide with a frenetic gig schedule which has seen him play throughout the UK, Europe and the States. The latest album is “Songs From The Killing Floor: Volume Three” and Steve and the band are thrilled to be a part of Royston Arts Festival.”

To book online click on the ‘Book Now’ icon immediately below : 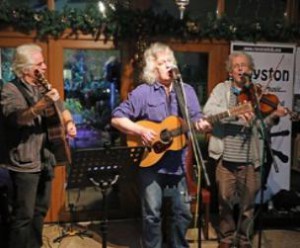 The Old Bull Inn
Friday 25 September
7 for 8pm
£11 (£9 in advance from The Old Bull Inn or call Chris Walls on
01763 260566) £2 under 25s www.roystonfolk.org
Featuring:-
Floyd Hartwell Hines
http://thesongloft.co.uk/fhh.html
and
Martin Kaszak and Faradena Afifi
A new duo performing a rich variety of acoustic music and original material from Folk to Country Blues and more modern songs . Martin is known for his warm vocals and finger-picking guitar guitar . Faradena is a multi- talented singer and musician providing beautiful close harmonies and playing viola and cello. Their first official performance was supporting John Renbourn and Wizz Jones earlier this year and Martin and Fara’s performance attracted much praise and attention from these Folk/Blues legends.
https://www.facebook.com/martin.kaszak
and
Thursdays Band
http://www.markgamon.com/

Creative Royston
Parish Church
Sunday 27 September
7pm (doors open 6.45pm)
£8 (£6 before 1st September). This event sells out so book early!
Come along to the Finale concert and see the talented youngsters of Royston and the surrounding areas shining brightly! The first half will be hosted by Meridian School, Greneway and Roysia Middle Schools and Royston Youth Choir. The second half will be led by The Senior Windband@Stevenage with their soloist David Sheringham. Come and join in the singing – we’ll provide the flags!

To book online click on the ‘Book Now’ icon below. Tickets also available from The Stationery Cupboard.

Check the results of the 2021 Creative Writing Competition HERE.